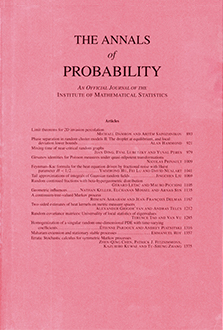 Svante Janson, Elchanan Mossel "Robust reconstruction on trees is determined by the second eigenvalue," The Annals of Probability, Ann. Probab. 32(3B), 2630-2649, (July 2004)