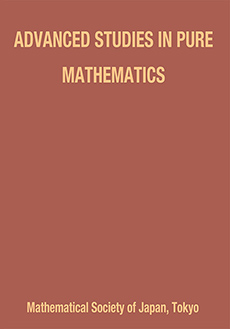 This will count as one of your downloads.
You will have access to both the presentation and article (if available).
DOWNLOAD NOW
Volume 31 title pages

In this article we give a summary of an improvement our earier result [FO2] on Arnold's conjecture about the number of periodic orbits of periodic Hamiltonian system. In [FO2], we gave an estimate in terms of Betti numbers. In this article, we include torsion coefficients. We also define an "integer part" of the Gromov-Witten invariant.

In this article, we will discuss several interactions between the non commutative Galois problems, i.e., inclusions of operator algebras and topological quantum field theory in three dimensions. Those interactions are shown to be concretely solved and are related to both the quantum subgroups of the quantum group $SU(2)_N$ at the deformation parameter $q = \exp (2\pi i/N)$.