Osaka J. Math. 59(4): 727-753 (October 2022).
This article is only available to subscribers. It is not available for individual sale.
Get copyright permission
This will count as one of your downloads.
You will have access to both the presentation and article (if available).
DOWNLOAD NOW

The present author thanks to S. Ohta, a professor of Osaka University; T. Yokota, an associate professor of Tohoku University; Y. Kitabeppu, an associate professor of Kumamoto University; R. Ozawa, a lecturer of National Defense Academy for their fruitful comments on an earlier version of this article. The author enjoyed arguments over the present study with them through the seminar constantly convened at Kyoto University. Furthermore, he extends his appreciation to Prof. S. Ohta, who accepted his offer to criticise its revised version; in particular, an observation of Propositions \ref{prop:monotone properties of Gromov's expansion coefficient} and \ref{prop:monotone properties of Ledoux's expansion coefficient} is due to him. The present paper owes its existence to the seminar with them. The author is grateful to a referee for some useful comments.\par

This work was partially supported by Grant-in-Aid for Young Scientists (B), JSPS KAKENHI Grant Number JP25730022. 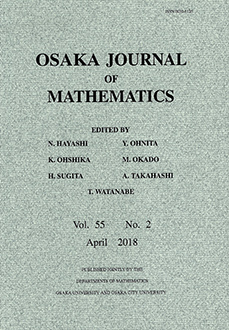